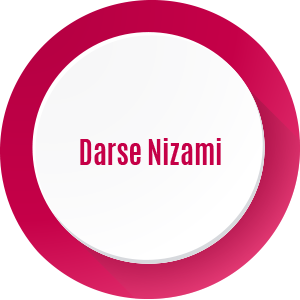 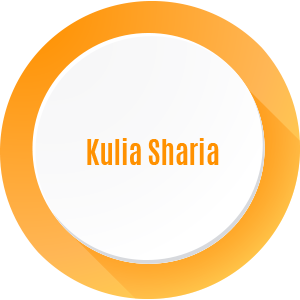 The following objectives of the program are contemplated. 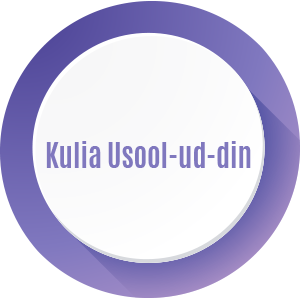 The following is a bird’s eye view of the objectives of this faculty.

The students can pursue specialization in the following: 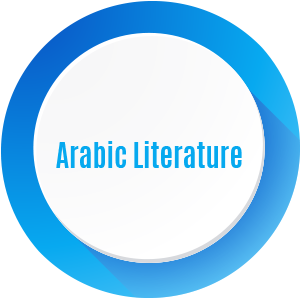 4- FACULTY OF ARABIC LANGUAGE AND LITERATURE 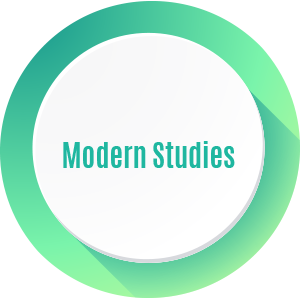 Initially the university will have the following faculties/departments, which will be increased and expanded with the passage of time and creation of further needs:

This is the basic and the biggest department of the university. The very reason of this department is to introduce the students to the Qur’an, Hadith, Fiqh, Beliefs and Morals and coping with day to day affairs, according to the teachings of Islam.

This is a very important department of the University. It was started in Dar-ul- Uloom at a time, when there was not a single hafiz in whole of the district. Even Salat-ut-Traveeh was offered with shorter sura (chapters) of the holy Qur’an. Alhamdolillah! This department progressed by leaps and bound and now hundreds of Huffaz have given place to the holy scripture in their sacred hearts and are spreading this light all around. This department has the services of most authentic Qaris.

Reading or reciting the holy Qur’an, is a constant and invariable art, which is known as ‘Tajveed’. Special care is taken to the exit of words from the appropriate place in the throat, which is considered very essential for any Muslim in general and an Hafiz in particular. Alhamdolliah! This department has made remarkable progress and hundreds and thousands of people have benefited from it. Darul Uloom has rendered meritorious services to the Muslim Umma in satiating the thirst of many people who had an urge to learn the Qur’an in its right earnest.

This is the largest department of the University, where Dars-e-Nizami; an eight years course, prescribed by Wafaq-ul-Madara is taught. Honour goes to the Shaikh-ul-Hadees Hadhrat Maulana Mohammad Yousaf Khan, (May Almighty enlighten his grave) the most illustrious student of Hadhrat Madni taught Bukhari Shareef for half a century. Now his son and successor Hadhrat Maulana Saeed Yousaf Khan is rendering this noble religious service. The last degree of this department is acknowledged as equivalent to MA Arabic/MA Islamiat, by the Higher Education Commission.

In this department, a special course has been designed, to enable the students to acquire full command of Arabic language. The students acquire this skill, in first two years i.e. Aula and Sania, along with studying other books prescribed in the 8-year course. It is incumbent upon students to converse only in Arabic language in the class room. The medium of instructions is Arabic only.

The Arabic has not only the distinction of being the language of the Qur’an, Hadith and Fiqh, but also a recognized international language. Appropriate arrangement have been made to teach Arabic in the Jamia, by introducing the latest Arabic books and employing most modern teaching methods, thus enabling students to read, write and speak Arabic correctly.

Being the international language and medium of instructions in professional institutions, English is playing vital role not only in dissemination of knowledge but in the field of general communication as well. In the modern age, it has become the greatest source of learning. Any language of the world can be converted into English and put on internet and thus exposed to the benefit of the whole world. We can serve Islam the best through this language, by dispelling many misunderstandings and misgivings about Islam and offering its true picture. It is only possible if our students have full command of the language. With the help of computer, teaching and preaching is not now confined to class room. Every effort has been made to popularize Arabic and English, by employing learned teachers from International Islamic University, Islamabad and Peshawar University.

Jamia has started classes from 6th to Matriculation. A Basic Religious Syllabus has been designed. A matriculate from this institution will have basic knowledge about Islam and will be able recite the Qur’an correctly as per the rules of ‘Tajveed’.

Arrangements have been made for tutorship of those students who want to take a Board or University examinations, and they are encouraged to undertake such exercise.

Only a healthy body can have a healthy brain. A healthy person alone can be a good student. Physical exercise is essential to keep the body fit. Arrangement for various games has been made. After Asar prayers, students gather at the playground to play different games.

GYM: A variety of equipment has been installed in the gym for bodily exercises and services of an instructor have also been acquired.

This is a very important department of the Jamia and was established from the very day of the establishment of Dar-ul- Uloom. This department has not only published well researched books on new topics, but also did a lot of written work for dispelling the un-islamic practices among the believers and thus saved their eman. It was under the aegis of this department that the internationally acknowledged Tafseer “ Umdatul Byan Fe Tafseerul Qur’an”, by Shaikhul Tafseer Hadhrat Maulana Mohammad Ishaq Khan Madni, an illustrious and a very learned son of this institution, was published. Besides this, “Tohfa Ilm o Hikmat”, a widely acclaimed interpretation of 50 Ahdees, from the prolific pen of the same author was also published by this department. For the sake of brevity, mention is not made of many other writings and research works. But privilege goes to the Jamia that its books are found with people who know Arabic or Urdu, anywhere in the world.